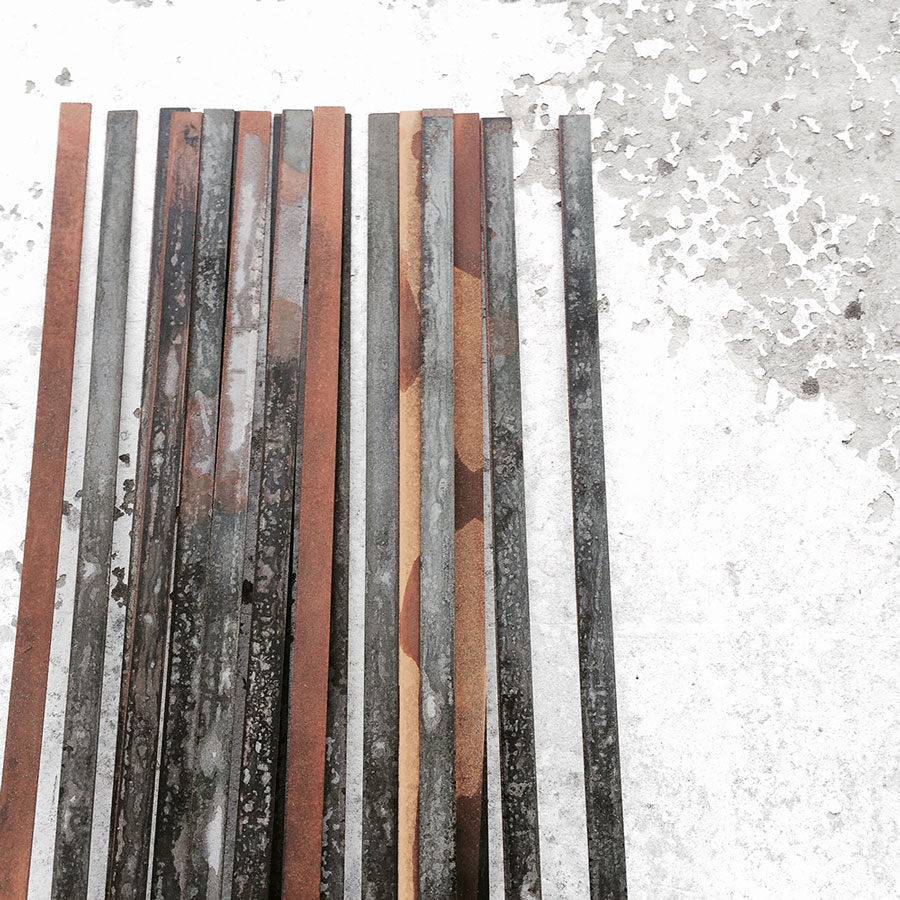 In 2010, after a long working experience in the family business, he decided to take a different, more creative road and opened MyLab Design first, and then Metallifilati. As the name suggests, the dream was to create, experience, and share emotions starting from the simplicity of the gesture. The gesture of a mental (and not only mental) laboratory, where you can try, experiment, encounter, and cross concrete elements with totally visionary ones. He took part in Euroflora and the Genoa Boat Show with furnishes and accessories, and in MACEF, Milan Design Week, and the Milan Home Garden Fair with a variety of creations.

He created the bookmark for the IMPREGILO Group for their presentation of Milan’s new outer ring road. In February 2012, he showcased his creations at Arte Cremona, in 2013, at Arte Piacenza, and recently at Arte Accessibile in Milan.

He collaborated with the municipality of Paratico, and his “Jugglers” now decorate the lovely lakefront. In November 2014, he opened his first solo exhibition at the San Domenico Foundation premises in Crema.

From 1 May to 18 October 2015, he will be at the Summer Art exhibition at JW Marriott Venice Resort & Spa, Isola delle Rose, in St Mark’s lagoon in Venice – Progetto Venezia 2015: Sculture nel Parco (Sculptures in the Park) collective exhibition.

Paolo Mezzadri will also showcase some of his works at the 8th Soncino Biennale from 29 August to 20 September 2015.
His works are on display permanently at an old spinning mill in Soresina (near Cremona).

Iron is where it all began. His beginnings, his personal and artistic achievements. Strength is the point of arrival. In between, there are bent, twisted, cut, concave, convex, smooth or rusty shapes. Paolo Mezzadri is attracted by “nature’s mistake”, as Italian poet Eugenio Montale used to call it. By that link that doesn’t hold and lets you go beyond matter and discover what it holds for itself and reveals only to the most attentive and curious.

To those who are not afraid of revelations. Letters. It’s easy to call them just letters and to think of them simply as part of a communication code. Who said that the letters of the alphabet always know what to say? Sometimes, the letters of the alphabet can get tangled up within ourselves, in our minds, in our hearts. They want to say something, but they can’t, because what we have inside is so urgent, that it needs to come out all at once. There’s no time for the letters to get written or write themselves down.

Paolo Mezzadri’s letters are often free falling or tangled up. Or even inscribed on cubes assembled in an installation that talks about exams, that feeling of being always examined, and to refuse that inhumane game called “who’s the best”. That’s when the shouting starts. When you’ve had enough of something, you start shouting everything you have inside through a megaphone. The scream builds up and changes shape, or rather, it becomes a shape, twisted, bent by the impact. The pain becomes solid. The voice turns into iron and bends with the same force of a punch right in the stomach. To be heard, the scream needs to be seen first.

It needs to become tactile. It has to hurt, become physical, turn into matter. Then, at last, it can be heard, in a paradoxical synaesthetic experience. It’s only when the scream is seen and heard at the same time, giving vent to all its physicality, that all the urgency gives way to sedimentation, sharp irony, and the gentle sarcasm of the climbing little men. Human figures that laboriously try to stand up and walk on a surface that seems to keep hold of them. These figures are the reflection of what we are, screaming apart. Traps trapped in a society that puts us constantly under examination.

A society that wants us to climb higher and higher, and reduces us to fragile shapeless figures in the magma of our own prejudice. Ironically lightweight in our climb, and just as ironically in an unstable balance in our imminent, disastrous fall. A disillusioned gaze on reality, on our frantic faffing about, which doesn’t allow us to live the present, caught as we are in the anxiety for the future. An ironic, yet benevolent gaze on that tiny little beings that are humans, for whom Mezzadri has the greatest, boundless love.