I started using iron for work, not for passion. Passion grew with time. I found it when iron was still a workpiece for me. A number, a large container with a code, a plate, and sometimes a painting cycle. I was often taken aback looking at all those pieces that looked exactly the same… perfect, I’d say, or better yet, conforming, as people would often tell me. They were so perfect and so alike that they had no soul. Designed to be used, not to be looked at, to be clean and not to be smelled. That’s what it was all about. For me, iron smells of nostalgia and rusty iron, of history. I’ve often found in the container of nonconformities – the one with the red plate, so clear and visible to be unbearable – a meaning. That’s it! I am a nonconformity.
That’s how my story began. It all started with a piece of scrap… imagining and trying… making a lot of mistakes, perhaps too many, but never with a method.
My education (I was never among the first 25 students of my form) was based on numbers, formulae, straight and parallel lines. It was consuming me a little at a time. Then, I started listening to the letters and the pieces of iron scrap. From that moment on, shaped iron (more often than not manually shaped iron) and letters have told and filled my days.

A 15 sq.m metal wall made for the San Domenico Theatre in Crema for the play, Feuertaufe - Baptism of Fire. Adaptation of the novel, “Men in War” Andreas Latzko, translated into Italian by M. Maggioni, published by Keller Editore Project and direction: Pietro Arrigoni San Domenico Theatre Foundation, Crema

“Letters are part of our thoughts. They grieve, warp, elongate, and bend under the weight of our being. Sometimes, when they pass through our thoughts, they get slightly scraped; other times, they get irretrievably compromised. They elongate until they break or warp in a continuous, endless vortex of tangled moments that are never the same.” Pensiero | Dimensions: 80 H x 40 L x 40 W Year: 2013

“Is what remains of a thought. A shapeless heap of letters that once made sense. Today, removed from their context, these letters no longer have a structure of their own and they let themselves fall wearily. The idea is that, sadly, thoughts often age and die. Thoughts are life. If thoughts are not suitably structured with actions, they get lost in time.” Manifesto | Dimensions: 70 H x 40 L x 20 W Year: 2013

“A path made of illusions, experienced with the clear feeling that what is done is not the result of what is said. The lack of clarity leads the letters to believe that things cannot be said and done without clashing and radically changing their being. A journey undertaken by letters, which starts from the awareness of the dream and ends with a twisted bundle, where they wearily stack up on top of other letters. And just let themselves go...” Suicidio di Lettere | Dimensions: 190 H x 50 L x 70 W Year: 2013

“The metal and rod structure, consisting of cubes of different sizes, tells about the desire not to be always under examination and the rage for always being under the spotlight. Once the letters are cut out from the metal sheets, the container cube remains with their soul, memories not resignation, and desire, not melancholy. Meanwhile, the letters have gone beyond. Beyond exams. Beyond tiredness. Now, they have taken a new road of their own.” Sono Stanco degli Esami Year: 2013 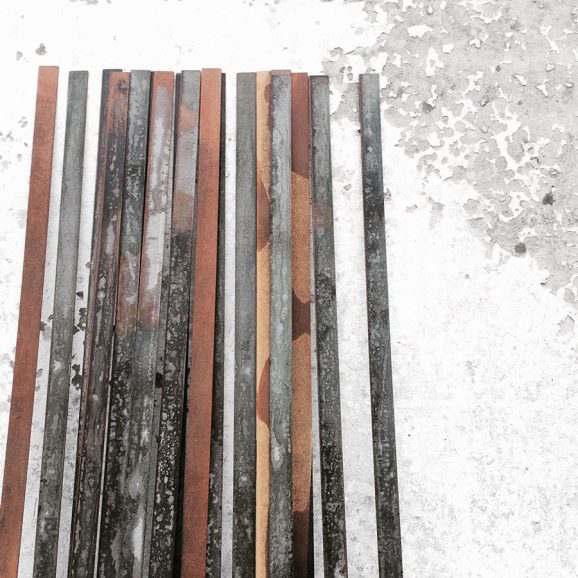 Biography Paolo Mezzadri: born in 1966, in Cremona. In 2010, after a long working experience in the family business, he decided to take a different, more creative road and opened MyLab Design first, and then Metallifilati. As the name suggests, the dream was to create, experience, and share emotions starting from the simplicity of the […]

Paolo Mezzadri Peso d’Uomo San Domenico Foundation, Crema. From 25 October to 9 November 2014. “… All letters come to life to tell a story …” I dedicate my first solo exhibition to my daughter, Chicca, Wind, Waves, Letters, and Spice of my life. 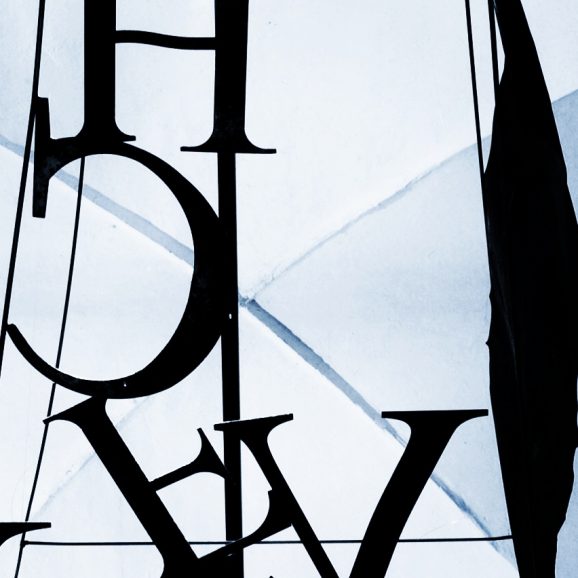 I met a raggedy man, by chance, by fate, or because it was the right time. I spotted him around town. He had a broad smile and a coffee in his hand. These are such happy times that I can’t even find the time to breathe. Perhaps it’s the same man who, as a child, […] 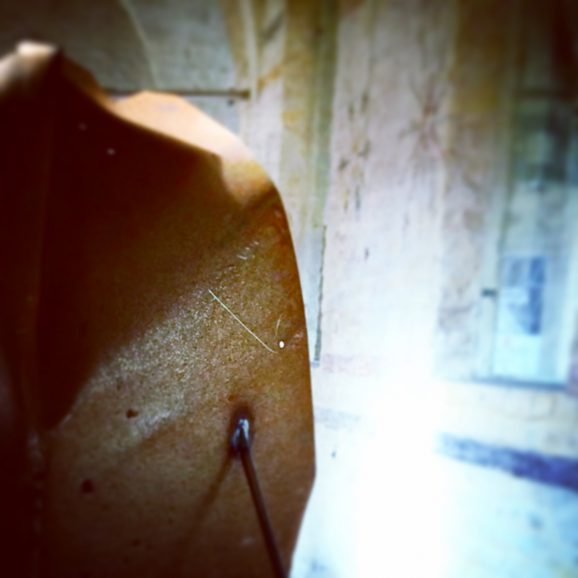 I scream. I travel. I couldn’t do anything else. I don’t know any other way. I hate this way of doing things, of travelling, to get rid of an unbearable weight. A journey doesn’t solve anything. All it does is move empty boxes. So incredibly unique to fill and discover, but absurd when you seal […] 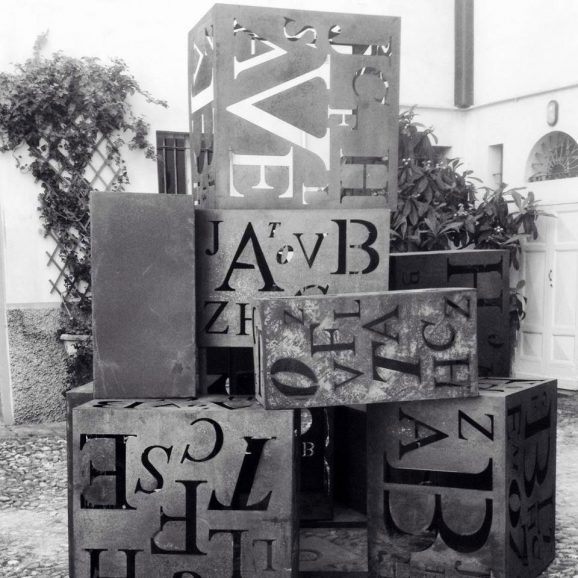 I’ve been stacking up thoughts…

… I’ve been stacking up thoughts… for many years, I have found myself with empty rooms full of thoughts, projects, failures, and even a few disappointments Today I’ve stacked up thoughts that have become objects in a full room… It’s a nice feeling. The room is big, very big… with high walls… soon they will […]

Sculptures in the Park – International exhibition in Venice

5 monumental works in the magnificent JW Marriott Venice park. An event held in conjunction with the 56th Venice Biennale. Copies of the catalogue, “Mostra Sculture nel Parco” (Sculptures in the Park Exhibition) will be distributed at the JW Marriott Venice Resort & Spa. This highly appreciated volume contains all the images and critical texts […]

via Zucchi Falcina, 18 – Soresina (Cr)
by appointment only